Here is a link to my latest article on AQBlog, titled “Censorship in Mexico: The Case of Ruy Salgado“, published on October 29th, 2012. Please feel free to visit and comment. Here is a verbatim copy of it in case you prefer to read it on my personal blog, though I recommend actually going to the site because of additional content, other blogger’s articles, etc.

Most people outside of Mexico may have never heard of Ruy Salgado. But during the most recent electoral contest here, that name not only became known throughout Internet circles in Mexico, but was arguably one of the most influential voices of opposition in the country.

Ruy Salgado, a pseudonym, has an online alias known as el 5anto. Salgado is a nonprofit video blogger whose notoriety increased during these past elections for his very critical view of both the transparency of the process and the role of the mainstream media in “manipulating the truth.” He was also one of the most vocal in denouncing what he referred to as institutionalized fraud in the results that will bring the Partido Revolucionario Institucional (Institutional Revolutionary Party—PRI) back to power on December 1.

El 5anto’s modus operandi was to webcast himself live, wearing a blue luchador mask, providing news and opinion rarely present in mainstream media. This approach was part commercial flair, part self-protection. During the time his project was online, he attracted a growing audience whose members may not have all supported his beliefs, but who did attest to the professional way in which they are always presented: stating sources, structuring analyses and providing informed and argumentative opinion.

For his views and his attempts to “provide information”—always his prime objective—el 5anto became a target of multiple death threats. At one point he even fled the country and started streaming from an undisclosed location for fear of becoming yet another communicator permanently silenced by those who have made journalism an extremely dangerous profession in Mexico.

On September 8, people who would regularly tune in to Salgado’s website, http://el5antuario.org, were suddenly cut off from the feed and his video-blog (“vlog”) channel went silent. After a couple of days without news, collaborators from his site issued a recording stating that their spokesperson had disappeared and they lost contact with him. For more than a month both his collaborators and his audiences feared the worst. While most mainstream media initially ignored the case, the buzz of social media proved too powerful as the words “Where is Ruy Salgado?” became a trending topic on Twitter—leading some television networks, politicians and pundits to finally pay attention. Despite the demands, for more than a month there was nothing but silence from Salgado.

Finally on October 20, through a Skype connection with one of his now-former collaborators who livestreamed the call, el 5anto’s voice was once again heard over the Internet. Unfortunately this would be Ruy Salgado’s last broadcast and final goodbye. In a three-hour message, he explained that he could not go into detail about his victimization during the 42 days of silence “because there is no security that what happened to me will not happen again and I cannot put my family at risk” but he did refer to a “forced disappearance” caused by Mexico being “a failed narco-state.” He went on to reiterate that the free flow of information in spite of attempts from mainstream media to manipulate it, had not been enough to prevent an electoral fraud and that “Mexico will need a lot more than what el5antuario was able to do.”

The objective of his final message, he said, was to tell everybody that he was still alive but that he had decided to cease and desist in his civil disobedience broadcasting because he felt he could no longer provide a voice to el5antuario without putting his family in danger. In this decision el 5anto called himself “a repugnant coward” and asked others video-bloggers “to be very careful.”

The content of Salgado’s final broadcast is honest and factual; his case is yet another grave example of the censorship of free speech and free ideas through violence in Mexico. In sum, the good news is that Ruy Salgado is alive and the bad news is even through anonymity divergent ideas are not safe in today’s Mexico. This country is certainly far off from the idyllic words of  Voltaire: “I disagree with what you say, but I will defend to the death your right to say it.” 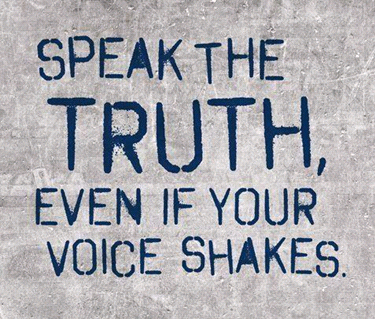 Kids are gullible. They make mistakes. Make sure you warn your kids. Prevent them so that  horrible cases like Amanda Todd’s do not happen again. RIP Amanda.

Yesterday I learned about a young girl in my hometown (Monterrey) who recently stripped for her boyfriend who videorecorded her… Of course, the video is all over the web, as is another video showing her yelling at the guy for spreading it. This is yet another case of cyber-bullying which will not go away.

Take action. Care for your own. And teach your children about this problem so that they are neither victims nor instigators of cyber-bullying.