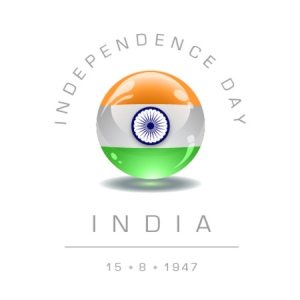 Today we celebrate the birth of India and the triumph of non-violence as an effective mean to oust British rule and liberate a nation.

Mohandas Gandhi believed that if violence was used to achieve any end – even if it was employed in the name of justice – the result would be more violence.

From Thomas Merton’s “Gandhi on Non-Violence”:

“In Gandhi’s mind, non-violence was not simply a political tactic which was supremely useful and efficacious in liberating his people from foreign rule. [. . .] On the contrary, the spirit of non-violence sprang from an inner realization of spiritual unity in himself.”

His message is as alive today as in 1947 and it applies to many different conflicts in the world. Too often, peace is mistaken for compliance or conformity. It seems like when traditional channels to voice one’s views are muted, more and more people are finding their way to violence in order to further their agendas… but Gandhi showed us a better way. Happy Birthday India.